After some annoying problems with wireless drivers on Linux (Arch), I switched to Windows for a while. It took me some time, but I made Windows actually quite usable. Here’s what I changed:

WSL and VS Code

I’ve been using Linux for development and I know how to use various tools (gcc, shell scripting, etc.), so I installed the Debian WSL (which is quite easy) and I use it for development.

I wanted to use Doom Emacs as my text editor, but no matter how hard I tried to set it up, the experience always sucked (I tried the native build, WSL, VM,…), so I eventually switched to VS Code. VS Code is nice, although I’ll miss org-mode and the SPC-* keybindings.

Using various powershell scripts I found on the internet, I deleted bloat such as Cortana and other preinstalled crap. I didn’t use those big powershell scripts that just delete all Microsoft-related nonsystem programs as I still need some of them, and frankly, I think the experience sucks (things get buggy) if you de-Microsoft your Windows this way. If you’re really into this “Windows without Microsoft” thing, I suppose you just use Windows 10 Ameliorated.

I run all the recommended settings in ShutUp10 to avoid some telemetry.

The default start menu is impractical and full of ads and other crap, so I use the Windows 7 style start menu thanks to the Classic Shell.

I also moved the taskbar up, because it’s more ergonomic, and installed XMeters to get some basic system monitoring in the taskbar.

I also tried to move the clocks to the center, but that’s just not possible.

I’ve copied and written some AutoHotkey scripts to swap Escape with CapsLock and make some useful keybindings, e.g. Win+Q for closing windows or Win+B for opening a browser window.

I also use PowerToys, which is a package that includes some very useful system utilities.

Package managment on Windows is a mess, unless you use something like Chocolatey.

I try to avoid PowerShell, but for when it’s necessary I use the Windows Terminal and some packages to make powershell suck less like gsudo (a sudo equivalent for PowerShell).

I won’t go into detail, but I’d recommend Foobar2000, SumatraPDF or Altap Salamander. 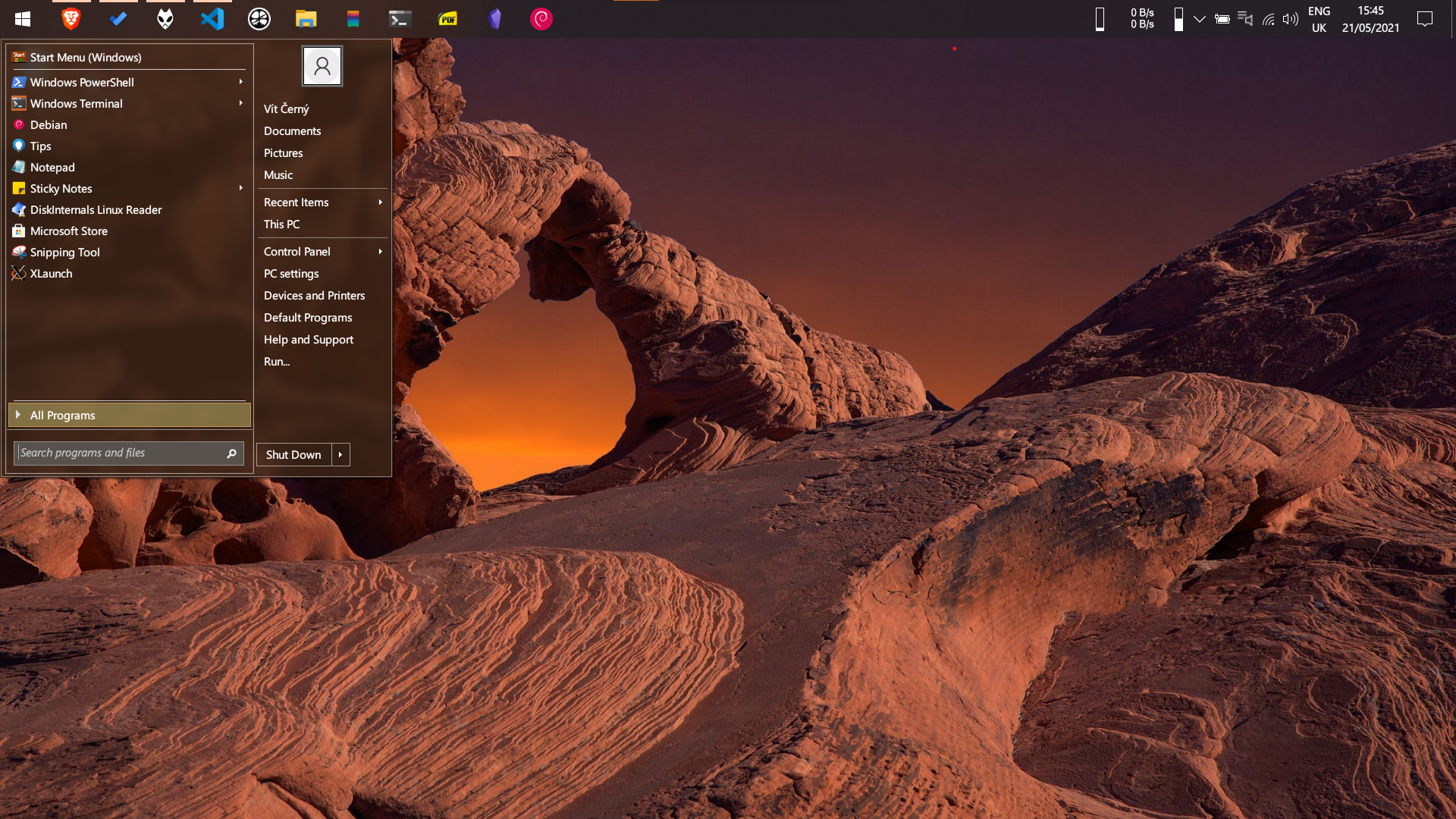 My desktop on Windows